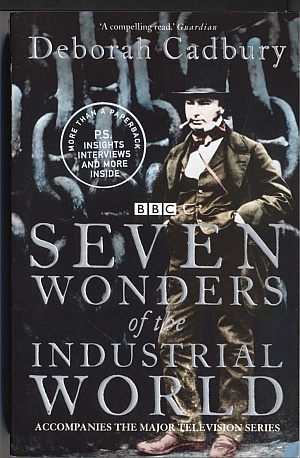 I’ve had this book sitting around on my desk for weeks now, awaiting an entry into my database, and so inspired by Dave’s recent post, here’s a small book review. You would think that after the fluff of “Almost French” last month, that it would be time for me to get my teeth into something a little more literary; serious even. Alas, the copy of Ulysses that Kim got me for Christmas remained on the shelf (it’s keeping my other books nice and flat) and I launched into A PULPY-LITTLE-SOMETHING I was given by Jodie and Graeme for my birthday. I’ve been in a bit of reading funk this year really, only averaging about 2 a month, and the seven-stories-in-a-single-book format was what I needed to sustain interest. It really was an inspired choice of a present from Graeme, because it appealed to my inner-non-computer nerd side, and to my slowly growing interest in history. The first chapter entitled “The Great Eastern” was mysterious. Who would know that was the name of an incredibly expensive ship, originally designed to ferry cargo on lucrative trips to Australia in the industrial age? Other chapters covered the building of the Brooklyn Bridge, the near-removal of cholera in inner London with the building of the first sewers and the race to build a transcontinental railway across the U.S.A. Each of the seven subjects warrant a book of their own, so things felt abridged and were given a good guy, bad guy bias in a lot of cases. The most startling thing was the magnitude of the loss of lives in completing these grand infrastructure projects. All of them seemed to cause the death or near-death of the chief engineers or project visionaries from exhaustion and overwork. In many cases, the trying conditions brought about the discovery of new cures for diseases or afflications – “the bends” being caused by working deep underwater for the Brooklyn Bridge project, or that pools of stagnant water were allowing insects to breed and killing workers on the Panama Canal with Yellow Fever. It was quite a good read, and I wish I’d watched the ABC series which accompanied it’s launch. I find it hard to believe I drove over the Hoover Dam in 1998 and didn’t bother to stop and go through the museum (hey, I took a photo instead – I just can’t find it right now!). If I had known that Carbon Monoxide had killed so many workers digging dam tunnels, I might have been more morbidly interested at the time.

I just finished a remarkable book by Jonathan Safran Foer. It’s his second, and the cover is even more “look at me” than his first. I didn’t read the former because I’d heard it was “about the Holocaust” and that put me off. What I didn’t realise was that his second was about 9/11, so no one can say he shies away from the big issues! Like all good books that are worth re-reading, there were moments that I found infuriating and confusing (what’s the deal with the grandfather who lost his wife and unborn child in the Allied firebombing of Dresden in WW2, only to marry her sister, and then leave her when she was about to have their baby!). Other moments were funny, and a couple of chapters towards the end were heartstoppingly sad. The use of many pictures and novelty pages throughout drove me absolutely bananas, but it IS a book with large chunks narrated by nine year old Oskar (whose dad was killed by the tower collapse). The author reminded me of Dave Eggers, but unlike his novels, the interest was sustained all the way through. Sort of like an adults version of “The Curious Case of the Dog in the Night Time” by Mark Haddon. I feel like I should read it again sometime as I missed some chunks of the logic due to general bewilderment at times. Annoyingly, Foer is only 28 years old – curse him! If you want a book to make people look at you in the tram, this is the one. 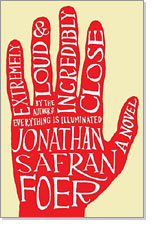 With interest I have been following the “scandal” around those books that missed out on making the shortlist of 6 for the 2005 Man Booker Prize, the winner of which was announced a few days back. Whenever there are bucks, sales and potentially lucrative promotional work to gained out of winning, there seems to be lots of upset folk about. Though it would be tough work, I’d love to be a guest sixth member on the panel for the judging sessions, as (I imagine) 5 passionate well-read critics go toe-to-toe about what they loved that year. The papers would like to make you believe it’s one hell of a fistfight. It seemed so after reading the following (earlier) quote from the current judging chairman: “At the beginning you have a civilised conversation and everybody likes each other. Then there’s the long list, and there’s friction and heat. Tempers begin to fray, and then there’s battle, head to head. After that there’s the short list and people walk out and so forth, when Rushdie is missed off or whatever.” But from all accounts, this year’s was a lot more straightforward. Apparently many eyebrows were raised when giants like McEwan, Coetzee and Rushdie (all in the 17 book longlist) were given the boot before the final six. Strangely enough, amongst the shortlist, the only book I’d considered buying before hearing the news was the eventual winner “The Sea” by John Banville. 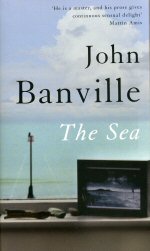 To sooth the raging emotions of readers worldwide, they also announce a People’s Prize (in which The Sea came 5th out 6!). A couple of years ago I PROMISED I WOULD READ ALL SIX AND ANNOUNCE MY BOOKER. I think the best I have done is 3 in any given year. And this year looks no better – Apart from Ishiguro’s futurist one, there’s not much to get fired up about really. I mean Julian Barnes. Yech!! Finally a quote by one of the judging panel: “The Sea was the best book of the year. It is not going to be the most popular, and after the award was presented I was immediately bearded by an irate bookseller from one of the major chains, who told me that it was a “disgraceful” decision, and that The Sea would be impossible to sell. I don’t know if that is true, and I don’t care.”

Tonight we spent a couple of hours at a cafe in Brunswick (formerly a bank) called DeVault. Get it? We go there each month, quaff a few vino’s and meet up with others to theoretically discuss the book we’ve spent quality time absorbing in recent weeks. Only, hardly anyone ever reads it. There’s a lady there that I’m going to call “50 pages” in future, because she’s been saying that’s as far as she’s got for nearly a year now. In my case, I’m as guilty as the rest, as a lot of the time I’ve read it years ago, so tend to turn up armed with shonky 8 year old memories and then make an embarrassing gaffe about the plotline. But heck, I’ve got too many other books to read. If only I could remember what they were when I go to the meetings – people love to be able to talk about other great stuff they caught up with.

For me, this month it’s been David Mitchell’s “Cloud Atlas” and Vikas Swarup’s “Q&A”. One a multilayered “polyphonic spree” of a book with some deep themes that I only recognised when reading reviews afterwards, and then thought I’d been reading the work of a genius. The second, a simpler read, – the closest thing to a literary Mills and Boone really, but a captivating page turner about a poor Indian waiter who wins the TV quiz show “Who wants to be a billionaire” and is accused of cheating. We received our bookclub novels for the next month, and it’s Roddy Doyle’s “Paddy Clarke, Ha Ha Ha”. About time I bookmark some web reviews to make my August fibs over dinner a little more convincing I think.

It’s amazing what they can do with a nice cover on an old book. The story had a real “To Kill a Mockingbird” feel about it – the 1940’s, life in a small American town where a lot of drink and race problems exist. And a bunch of the loneliest malcontents you could hope to meet – all loosely linked to the central deaf mute character, who is seemingly impossibly content and self-contained. Very satisfying, and with a better ending, this would be a lot more famous than it is.